À Rebours (pronounced AH reu BOOR) is French for “against the grain.”

À Rebours is a musical dream-machine fueled by a combination of several different genres–goth, shoegaze, darkwave, electro, and hard rock–all colliding under a dark, melancholy umbrella. Aiming to extend beyond the borders of genre, this pastiche of many elements creates something familiar, but creatively unique for the listener. À Rebours is a message from outer space, a Victorian Romance, a walk through 20′s Berlin, a haunting, a dark rock epic, a Tesla experiment, and an overcast day all in one.

The creative mind behind À Rebours is Ian Stone, a lifelong artist and musician. Having bounced from one band to another throughout the nineties, all populated with flaky musicians, aimless ideas and nonexistent goals, Ian struck out on his own in 2003 and formed À Rebours (French for “Against the Grain”). Signed to Final Joy Records out of Phoenix, AZ in 2006, À Rebours’ debut album, “Vanish” was released in Sept. of 2007 and has received critical acclaim in both goth and rock circles for its mix of spooky, dreamlike ambience, progressive songwriting, creative lyrics and fresh guitar playing. Songs from Vanish have received airplay all over the world. Have you “Vanished” yet?

Featured Images and Biography From: www.maurautius.com 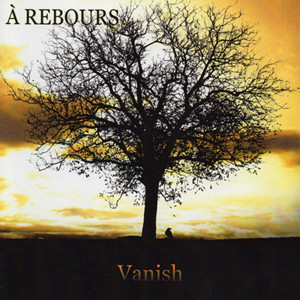