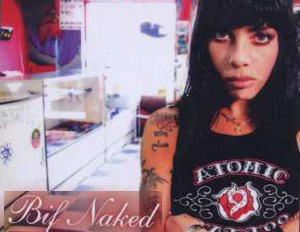 One upon a time in a land far, far, away (India) Two young American missionaries heard that a child would soon be born and given up for adoption. The birth mother (a Canadian teen) was banished to a mental hospital to hide her pregnancy. When it was time to give birth she was flown to a hospital in New Delhi.

I was born and the two missionaries arrived at the hospital with great expectation and anticipation, only to find that I was handed over with no documentation or proof of ownership. Hence my life with my parents began. Two years of waiting to leave the country, finally the Indian government provided a birth certificate that said only “Baby G.” We immediately departed for the Good ol’ U.S of A. My adoption became official in Gettysburg, South Dakota. We then lived in Minneapolis, Lexington, Kentucky, and my poor Mother suffered my firm belief that Sophia Loren was my birth Mother and would someday come back and take me shopping. My logic was based on the fact that I would shun sneakers for only Italian Leather buckle shoes and I loved Pasta more than Hindustani Cooking.

In my 13th year, my father (a Professor of Dentistry) took a new teaching position and moved us to the frozen tundra of Canada. My teenage years were “Hellacious” (my poor Mother) and I traded my ballet classes for arcade loitering and skateboarding.  Finally when they put me into a College in Winnipeg, Manitoba, they breathed a sigh of relief – only to discover (a few months later) that I wasn’t actually attending. In fact, I was spending my days rehearsing with a Punk Rock band and getting ready to tour!!! We toured and toured and I even had several lapses in good judgement (I had a rather life altering “Moment of Weakness” and briefly married my drummer). A short while later, and after playing with several other hard core bands, I embarked on a solo career in Vancouver, Canada.  Three independently released records (“4 Songs and a Poem” EP, ” Bif Naked” album, and “Okenspay Ordway” spoken word C.D.) and multiple tours of Canada, and Europe, and even the U.S.A., and I began work on the “I, Bificus”. Through a maze of record industry insanity, which amazes me to this day, I was finally adopted by my family at Lava/Atlantic and “I, Bificus” is coming out in America. Thank God for my family!