A legend of a genre writes songs in his signature style for his brandnew band with an immensly talented young singer.

EYES OF EDEN started innocently enough: Guitarist/producer Waldemar Sorychta writes songs that come natural to him, assembles a great band and records the material with Gas Lipstick (HIM) on drums. After that they want to bring it to the people… but sometimes life doesn’t work that smoothly.

The singer Sandra Schleret has serious health issues to take care of (she’s fine now!), so the album has to be recorded a second time with a new vocalist. That’s why “Faith” took more than two years in the making, a true labor of love. But the band gets lucky: Franziska Huth might only be 20 years old, but years of vocal training and numerous concerts made her the perfect fit for EYES OF EDEN. Having the looks, of course doesn’t hurt either.

In the world of darkly tinged Rock and Metal, Waldemar Sorychta could be considered somewhat of a legend, the godfather of a genre:

He produced every Lacuna Coil record and is responsible for the biggest albums by Moonspell (the latest being their smashing comeback “Memorial”) and Tiamat (“Wildhoney” anyone?). He also shaped the sound and feel of Samael, The Gathering, Sentenced, Samael and countless others by giving their material the sonic environment it needs, even co-writing some of the music.

So it’s fair to say that Waldemar Sorychta defined a sound. And now he’s doing what he always did before and while producing all those bands: Writing and playing himself.

It’s only natural then that EYES OF EDEN has his signature style and sound all over – and then some. In fact, if you consider that Waldemar Sorychta has played high class thrash with Grip Inc. and Despair, you can be sure that “Faith” has plenty of hard rocking guitar. You can listen to the album in candlelight, but you can also scream along to the heavier tracks. Just step in…

Featured Images and Biography From: www.eyesofeden.de/ 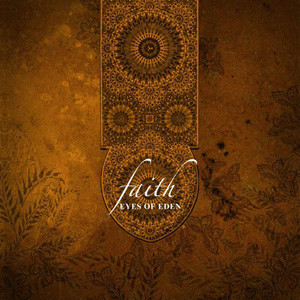