Welcome to the visual sound of Lady Haidee, cinematic, dark and brooding.; a collection of lullabies to give you the butterflies.

Lady Haidee formed in 2005 and the name was coined in childhood from her playfulness with her name Haidee which rhymed with Lady!

Haidée spent much of her education in art school mostly at Central Saint Martin’s School of Art & Design. She experimented in creating epic soundscapes which gave birth to her as a solo artist.

Haidée has been working with various collaborators / musicians to bring her visions to life. Notably Ed DMX and Paul Reeve

Debut album “Feral” released in August 2009.”‘Feral’ is better, cheaper and lasts much longer than a few sessions with your therapist.” – Lady Li Isings

Featured Images and Biography From: www.strangeceremonies.co.uk 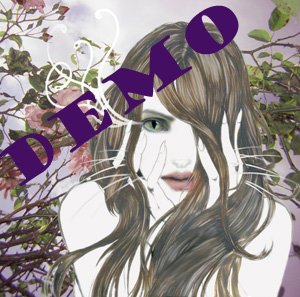