Formed in 1994 from the ashes of an experimental / noise duo, xiphoid process evolved to create intriguing soudscapes that transcend the borders of gothic, industrial, experimental, and synth music. led by the solitary michael potts, and featuring an ever-diminishing, revolving array of guests, xp has garnered a cult following among dark music’s intelligentsia.

Possessing an honesty to his voice that is rarely heard in this style of electronic music, michael is known for his oblique lyrics and layered vocals. the songs range in style from a very dark gothic, to ebm-core, to psychedlia inspired synthwave. darkwave and industrial are juxtaposed with experimental all the while retaining the cohesive elements of a hopelessly bleak atmosphere and michael’s ubiquitous voice. the voice itself ranging from the alien-possessed straining of mutation to the white noise distortion of zorn to the haunting atmosperics of deadwinterwhite.

Perhaps most intriguing of all is that beneath the electronics, percussion and effects lie the corpses of smartly written songs. granted not all of them are accessible at first, but unfold listen after listen, unveiling a deeper meaning each time.

Featured Images and Biography From: xiphoidprocess.webs.com 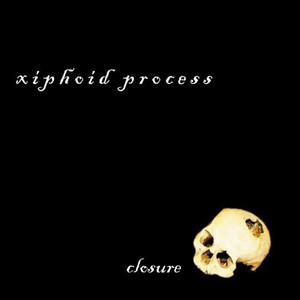