Blog - Latest News
You are here: Home1 / Announcements2 / The Art of Darkness

It was ten years ago that Second Shifters let out its first breath of digital air onto the internet.  The stream started broadcasting late in the evening, just as the clock ticked over to June 13th, 2003.  Friday.  That date wasn’t an accident, and the fact that it was the middle of the night wasn’t just to observe the change of days.

Our mission from the start, from the very second we hit play, was to bring about a place online where the dark could come together.  Built for the people that call the night their home, the name Second Shifters wasn’t just about the timeslot where most listeners came to the station.  And the tagline?  ‘Radio that bites… Hard’.  The community we were after was one that had let the infection sink in so deep that shadows flowed through their veins.

Quite a lot has changed since we started, but that core of darkness has never left us.  I think it’s time we let it spread.

Music makes for a good introduction.  It sets the right mood, and it has an almost mystical ability to bring like-minded people together.  For that reason, we’ll never stop broadcasting.  Now that we are together though, let’s consider the things we can do.

A radio station with a website…  That’s what Second Shifters started as, and for the most part, that’s what it’s been since that very first day.  We’ve added forums and games and even banner exchanges, but our real focus has always been what you’ve heard on air, more than anything else.

In 2008, we kept with that theme in our first major expansion since the start of the station – the podcast interview series.

One common theme kept showing itself in so many of the bands that we were featuring on air.  They were smaller independent groups, struggling to find a deeper root of dedicated fans to help them spread their music.  We knew that if we could give our listeners more of a connection with the people that made the songs, they would fall in love with them all the more.  The interviews made their debut in February of that year, and by letting the thoughts of the artists bleed through between the notes, we hoped to accomplish the link we were looking for.  By all accounts, it was a success.

Time constraints and the need for sanity forced us to wrap up those interviews in October, but that hunger to bring more of that type of content has never left.  It’s with that in mind that we come to our next move forward.  This time we come better prepared for the task.

Re-imagining requires a little re-thinking, and that’s why we’ve decided that we want to branch our reach beyond purely radio.

Back in 2003, it was a difficult thing to be a dark independent band.  The internet was still fairly young, and while the costs of producing your own music had just started to plummet into the realm of being actually affordable, most people were still relying largely on word of mouth to bring their fans to them.  Without the power that social networks have today, word of mouth for most artists at the time meant mostly local fan bases.

The funny part is that things are almost just as hard for independent bands today as they were back then, but for many of the opposite reasons.  Instead of the internet being the last stop for spending marketing resources, it’s now, often times, the first.  Nearly every band has its own website, and nearly everyone turns to the web to hear the latest hits.  Over the span of the station’s lifetime, we’ve seen the problem transform itself, from finding enough music online, to sifting through an overabundance of music.  There’s now so much of a torrential downpour of new material that it’s nearly impossible to pick up on one band’s debut.  From the perspective of the musicians, it has to be a pretty hard thing to stand out among all of that, even if you have all the talent in the world.  Promoting your work locally doesn’t draw the crowds it used to, and your music is almost certain to be lost in a sea of mixed results when you take it online.

This is the problem that our station and many other stations like us are working to solve, but looking out to the broader horizon, it’s become more and more clear that this problem isn’t limited to music; it’s spread to every other form of creativity as well.  Within the realm of darkness there isn’t just music to explore.  There are books and magazines, television shows and movies, and even drawings and graphics from the most gifted of individuals.  So much of it sits out there largely unseen, buried beneath the onslaught of the shiny new material that never stops flooding in.

Right now, the subtitle of our site defines for everyone what our direction is.  ‘Radio that bites… Hard’ has been there since the beginning, and it has served us well over the years.  However, if we want to focus on more than just an audio stream, it doesn’t very well capture that new mission.  Trying to redefine ourselves in that tagline, while still covering all the different outlets we want to explore gets tricky if we don’t want it taking up an entire paragraph.

To get our answer, the best thing to do is to break it down and really get at the parts we want to include.

The first part seems easiest.  Second Shifters has always pointed to the night.  It has a gloomy and shadowy feel to it, and the association to a single word comes naturally.  That word is ‘Darkness’.

Moving to the second part seems a lot harder though.  How do we capture all the different forms of work we want to focus on?  Books and magazines share writing as a theme, but while writing is certainly a part of making music and movies, it really isn’t the first word most people would associate with them.  The same holds true of graphics and TV shows.  One might exist in the other, but it’s hard to find a word that captures them all.  ‘Creativity’ might serve as a way to join them, but it seems somehow out of place with what we want.  Putting that together with our shadows leaves us with ‘Creative Darkness’, but that just doesn’t seem quite right.

The people we want to highlight and the material that they bring to the table is proof of one thing above all others: Darkness is an art form.  Wielding it appropriately and making it into something beautiful is a gift.  It’s a gift that we want to give recognition to when we see it and when we hear it.  Our new message, our new direction, the heart of what we want to do, is to share that with the rest of the world.

So now it’s time to put that message together into the words that we will use to define ourselves.

Second Shifters: The Art of Darkness 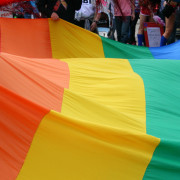 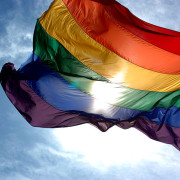 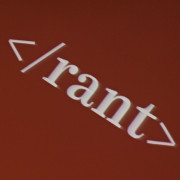 So, I went on a little rant…
0 replies

Podcast Episode 89: The Art of Darkness