One game has managed to redefine creepy for me, and it only took a two person team to make it happen.

The Scariest Children In The WorldA Nightmare on Elm Streethttp://www.imdb.com/title/tt0087800/–IMDb

Have you ever noticed how a song that’s already creepy can be made 10 times worse just by having small children sing it?  It’s somewhat of a mysterious thing, but it’s an effect that works extremely well when pulled off right.  That little twinge of terror that kids can inspire isn’t limited to songs though.  You can accomplish it pretty well with visuals too.

But what about using children in video games?  Can you accomplish the same effect?

Limbo doesn’t just attempt to answer that question.  It gives you rock solid proof that yes, using a small kid in an already eerie video game can and will inspire many sleepless nights to follow.

The game starts out with a very vague story line.  If you look it up on Steam, you’ll see that instead of the typically detailed ‘About’ section that you find with most games, the only hint you’re given to what the game is about is “Uncertain of his sister’s fate, a boy enters LIMBO”.  There’s no back story.  There’s no character exploration.  There’s not even anything to explain why the main character is suddenly waking up in the middle of the dark woods.  Everything in Limbo just… is.  Figuring out exactly what’s going on is just one of the many puzzles that makes up your journey through it.

For those that don’t normally play computer games, it might ease your mind a little to know that almost nothing in this game requires cat like reflexes to get through.  You can use a game pad if you want to, but the first time I played through it I did absolutely fine with just my keyboard.  Your challenge is not going to be hitting buttons fast enough; it’s going to be wrapping your mind around trying to get inside the twisted minds of the game’s authors enough to understand what you need to do next.

In the process of getting to the end, you’ll encounter big hairy spiders, other cruel children, and even brain eating maggots (nope, I’m not making that up).  Oh yeah, and you’re going to die.  You’re going to die a lot.  Don’t let the fact that there aren’t any colors in this game fool you into thinking it can’t be graphic.  There are more than enough shades of grey to give gruesome a whole new meaning.

When you finally do witness the final scene of the game, it will come up on you out of nowhere, and it will leave you with more questions than answers.  But, even in its mysteries, the ending is absolutely fantastic.  I’m very much looking forward to seeing what more comes out of this developer in the future. 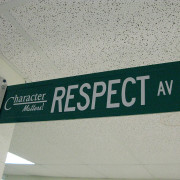 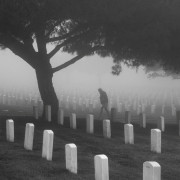 Podcast Episode 93: It’s Good to be Wrong
Scroll to top