That was the last line Klaus spoke as Season One of The Originals came to a close. As it did, I can say, I wasn’t disappointed in this series at all.  Similarly to how Buffy had the more grown up spin-off of Angel, The Originals has proved to be the more adult sibling of The Vampire Diaries.

With strong writers, strong story lines and even stronger characters, the show certainly met my expectations. Out of all of it, it’s the characters, hands down, (and the actors who play them) that make this series so interesting.

Emotionally the season finale packed a  punch. It had me in tears. While there was a sense closure to many of the story lines, you also were left with knowing these stories would continue for some time, and at the end – the stakes were raised and another story line was born with the return of an old enemy thought long gone.

If you like this genre, and haven’t taken a chance to watch it, do take a chance. I don’t think you’ll be disappointed with their style of story telling.

P.S Let’s not forget about Elijah. I did in fact get to see more development and exposure to the character than I had hoped for. He was more multifaceted than I originally expected, sometimes, shockingly so.

Featured Image Courtesy of The CW 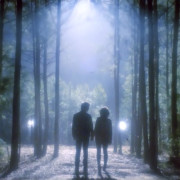 “I’ll Remember” – Season 6 of The Vampire Diaries has begun!

The CW Posts the Directors Cut of “The Originals”

Podcast Episode 129: A Matrix of Falling Skies
Scroll to top